My new film temporal assemblages (2022) is an ecological video poem exploring human presence and absence in ‘natural’ and ‘produced’ spaces. A meditation on impermanence and the transience of place, the title is inspired by assemblage art, where found elements from existing artworks are reconstituted into new artworks. Here the work features sampling from an archive of media recordings produced over a long personal artistic practice, from analogue photography, Super-8mm and 16mm film recordings, early video and sound, and mixing obsolete technologies with new recordings. Fragments of spoken word blend with scientific nomenclature in onscreen text, embedding ecological histories with the material constituents of the scene. A version of the prologue, Entering the Lake, was first published as video poetry in 2017, in The Goose, official publication of the Association for Literature, Environment, and Culture in Canada (ALECC). With music by Malcolm Lewis. 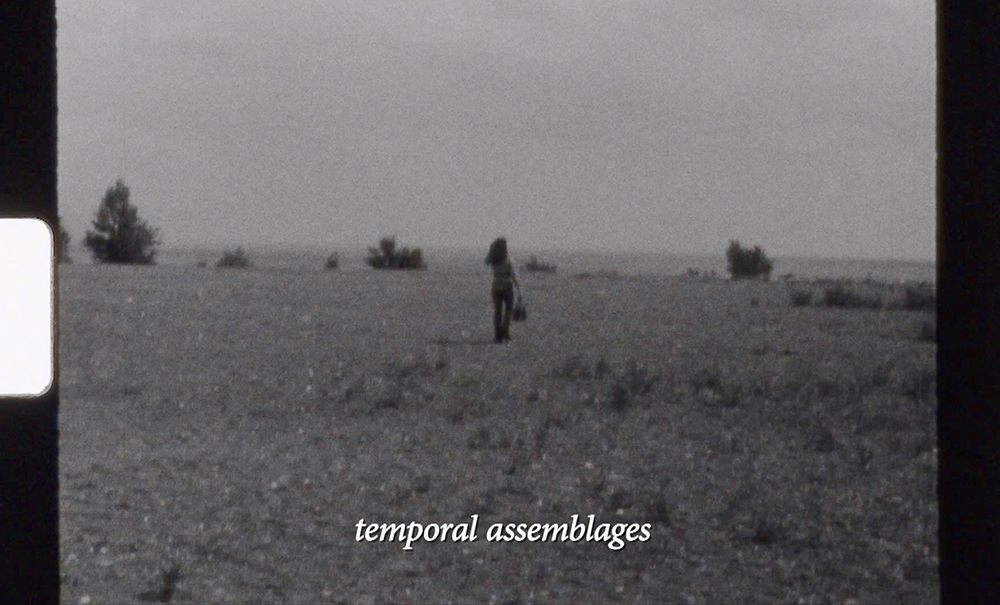 temporal assemblages will screen at the 20th Female Eye Film Festival in June, 2022 in Toronto, and in September at the Institute for Experimental Arts 10th Annual International Video Poetry Festival in Athens, Greece, .